If you receive an error that states:

Error : There is no unit enrolment being reported (in the Nat 120) for this client and qualification combination 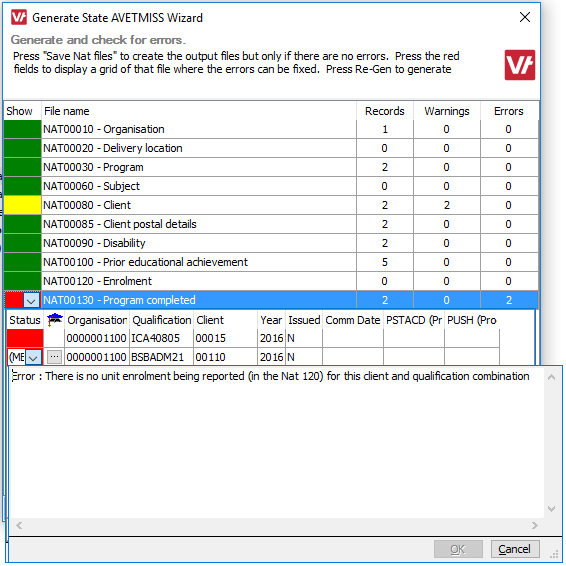 This will prevent you from exporting your AVETMISS files. To clarify what this error means, it is communicating two things.

Most commonly this error can be caused by a few very simple things, that are very straight forward to fix.